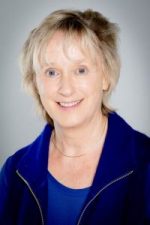 In this viewpoint article, University of Otago researchers, led by Public Health lawyer Louise Delany, propose a comprehensive new law to help New Zealand reach the government’s Smokefree 2025 goal. The law would require all those dealing with tobacco to be licensed, and the makeup of tobacco products (for instance, flavours and sugar) would be controlled.

If smoking prevalence targets relevant to the 2025 goal are not reached, tobacco sales would be moved to non-commercial agencies.

An original analysis of the legislative options for New Zealand tobacco control.

‘Business as usual’ is most unlikely to achieve smoking prevalence that is less than five percent by 2025. Key components of a new Act would ideally include plans and targets with teeth, a focus on the industry, a focus on the product, reduction of supply, and a whole-of-society approach to promote consistency in policy implementation through: (i) a public duty on government agencies to act consistently with smokefree law; (ii) a general duty on those associated with the tobacco/nicotine industry in relation to tobacco control objectives, and (iii) a principle requiring international treaties to be interpreted consistently with tobacco control objectives.

Strategies such as those identified in this Viewpoint should be explored further as part of urgently needed planning to achieve the New Zealand Government’s goal for Smokefree Aotearoa by 2025.

The viewpoint article can be viewed on New Zealand Medical Journal (subscriber access only until February 2017).

For more information or to request a copy of the full paper please contact:
Richard Edwards
University of Otago, Wellington
email: richard.edwards@otago.ac.nz

From: Findings and Views, General, Publications
← Article | Smokers’ perceptions of the relative effectiveness of five tobacco retail reduction policies
Article | Smoking prevalence in New Zealand from 1996– 2015: a critical review of national data sources to inform progress toward the Smokefree 2025 goal →